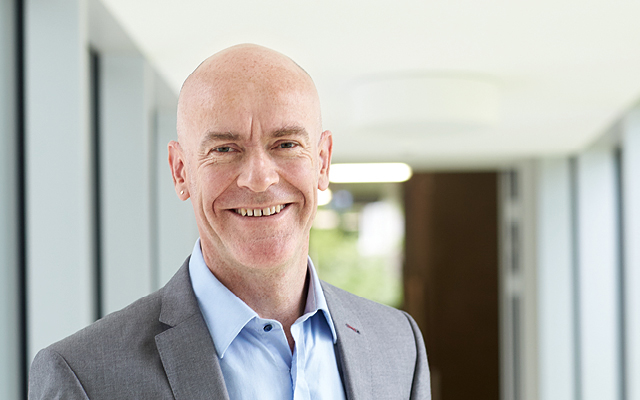 Eric Langenskiöld, originally from Sweden, graduated as an electrical engineer from the HSR Hochschule für Technik Rapperswil and later completed the Executive MBA programme at the University of Zurich. He was originally responsible for system tests and a production line in building automation at Siemens, before later finding himself attracted to the solar industry. In the role of business developer, he helped to build up the area of photovoltaic assembly systems at a firm specialising in renewable energies. Since 2010, Eric Langenskiöld has been bringing his innovative spirit to bear as a leading expert at Basler & Hofmann. The spectrum of his photovoltaic projects ranges from the prizewinning photovoltaic roof of the Umwelt Arena, through large-scale systems on commercial buildings to sophisticated PV facades. As a certified expert in lightning protection, he is also responsible for ensuring structures are equipped with adequate interior and exterior protection against lightning strikes. He is head of the photovoltaics team, which also works on international research projects.

It is the technology of photovoltaics, the sustainability and the fast-moving development. I also enjoy the process of figuring out the client’s needs – and I love being up on roofs.

What is different about working at Basler & Hofmann?

I am in a position to take on the most challenging assignments and bring them to a successful conclusion, because at Basler & Hofmann, I have access to a wide range of highly qualified specialists who are on hand to advise me at any time.