Working in collaboration with merlini●rivier architectes, Basler & Hofmann has won third prize in an open project competition for the construction of a new road and rail bridge across the Rhône near Saint-Triphon in the canton of Vaud. 28 teams took part. 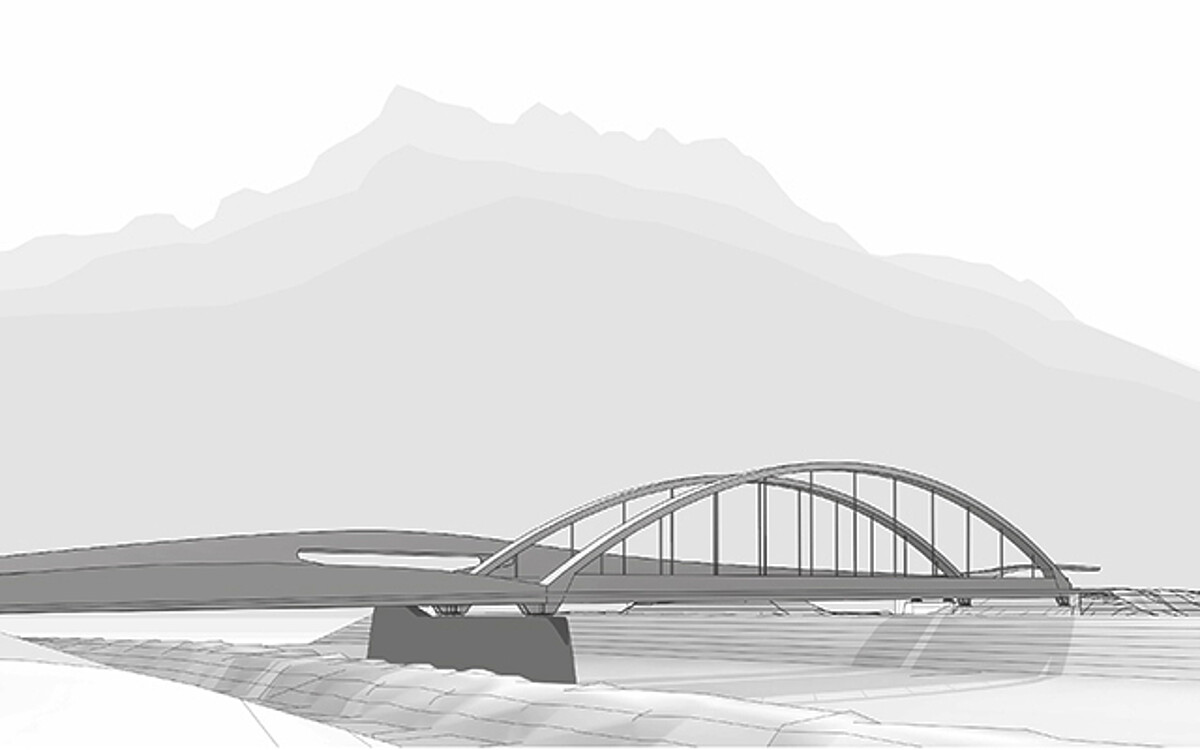 As part of the third correction of the Rhône river, the river bed is to be expanded by approximately 40 metres. This means that existing bridge structures across the Rhône will have to be rebuilt – including a road and rail bridge near Saint-Triphon connecting the cantons of Vaud and Valais. The two cantons have announced an open project competition for the replacement of the bridges.

The teams from Basler & Hofmann and merlini●rivier architectes developed a project design, entitled Les Pièces Manquantes, which preserves the existing bridge and its architectural and aesthetic qualities while filling in the missing parts. The draft plan uses the existing bridge exclusively for road and slow traffic, and directs rail traffic to a new bridge. The jury’s response to the concept was very positive. In particular, they were impressed by the combination of an ecologically and economically sustainable solution with a clear architectural statement.