Contract for the Varberg tunnel in Sweden

The team consisting of Implenia Sweden, Basler & Hofmann (lead design) and Golder Associates (geotechnics and environment) has been awarded the contract for the construction of the new train station in Varberg, Sweden. This project includes a new, sunken passenger train station, a new freight train station, a tunnel around 3 kilometres in length and the railway technology along the entire 7.5 kilometres of double-track line. The team prevailed over competition from 10 other international tenders. A high rating in planning and draft design was decisive. 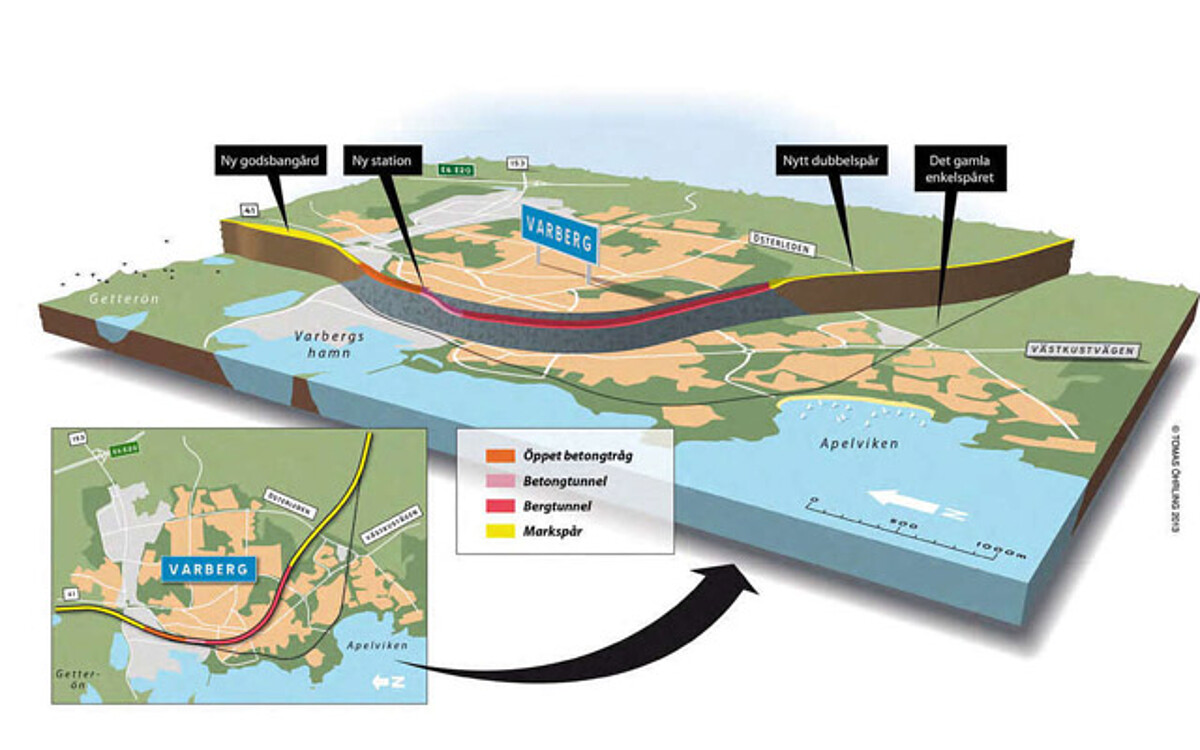 The project will be carried out as part of an early contractor involvement (ECI) contract, which means that the client, contractors and engineers will develop the project together over the next 18 months. Completion of the project is scheduled for 2024.

The expansion of the railway through Varberg is part of a large-scale project that will see the west-coast line between Gothenburg and Lund modernised and expanded to two tracks along the entire route.