The Ulriken tunnel is located on the highly frequented Bergen–Oslo railway freight route. Capacity on this line is now set to increase. Initially, the stretch between Bergen and Årna will be extended with a second tunnel tube. This is the first time a tunnel boring machine (TBM) will be used to build a rail tunnel in Norway. The gripper TBM, which has a diameter of 9.3 metres, was put into operation on 4 December 2015, the day dedicated to St Barbara, the patron saint of miners. 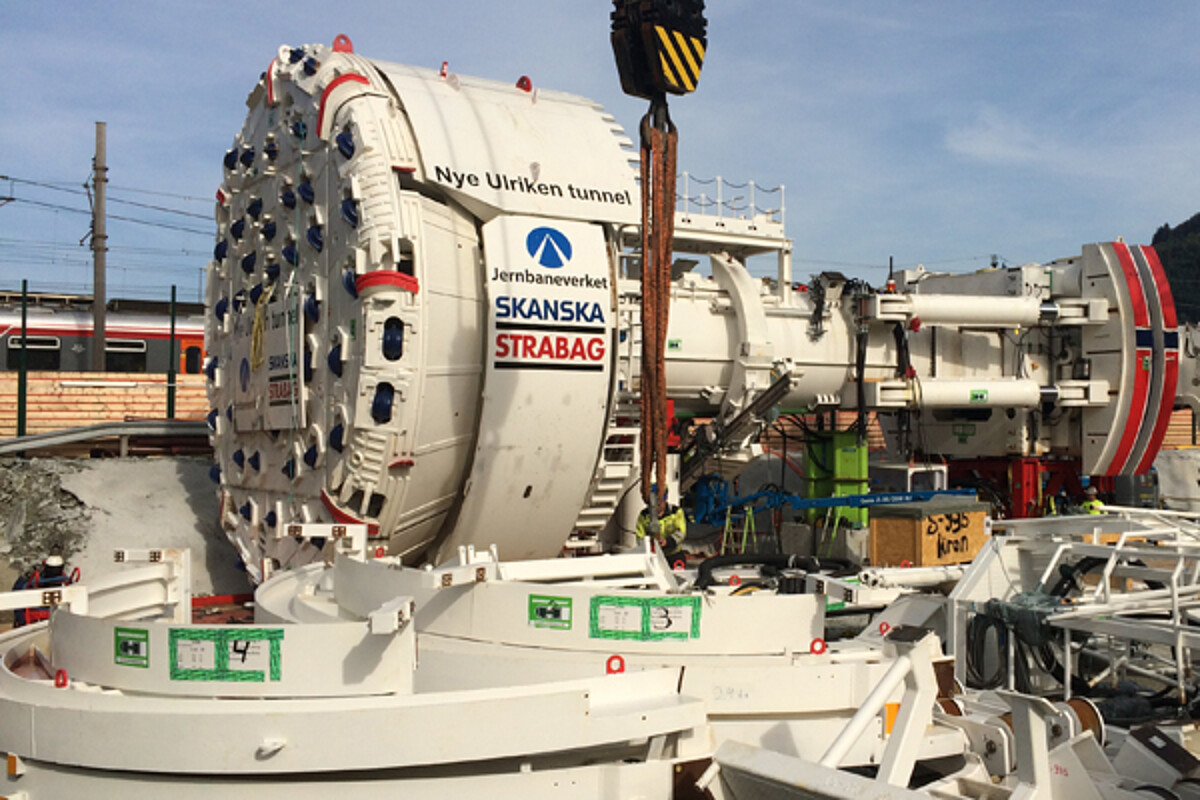 Excavations for the 7.8-kilometre-long single-track rail tunnel should be complete by the end of May 2017. It will be linked to the existing tunnel tube by 15 cross cuts. Basler & Hofmann is managing the project together with the largest Norwegian engineering company, Norconsult, and was also responsible for the invitation to tender with a TBM. This option was chosen thanks to its numerous advantages: The TBM will place less pressure on the neighbouring tunnel tube, which is over 40 years old, and will also reduce noise and high-vibration explosions in the locality. Furthermore, the use of a TBM proved to be more cost-effective.

Basler & Hofmann is also working on railway technology for the Ulriken tunnel, and, among other duties, is responsible for the slab track and noise and vibration protection through the use of a mass-spring system.