The internationally renowned building complex of Zurich Convention Center and Tonhalle Zürich was in urgent need of renovation. Current safety regulations for fire engineering had to be observed during the regeneration project, which created a balancing act between fire engineering, building conservation and intended use.

In September 2021, Zurich Convention Center and Tonhalle Zürich reopened their doors after a four-year renovation project. The Convention Center has returned to its 1930’s glory, while the Tonhalle transports visitors back to the 19th century. Preserving the original character of both buildings while implementing state-of-the-art upgrades for fire engineering, building technology, earthquake protection and the building structure was a challenge for everyone involved. Basler & Hofmann was responsible for fire engineering as part of this project. Due to current regulations, it was clear from the outset that using standard solutions would require a disproportionate amount of effort. Instead, it was necessary to develop solutions that interfered with the listed architecture as little as possible while still meeting the usage requirements of the operating companies.

Risk assessment instead of standard solutions

Whenever custom solutions are used for fire engineering, proof of compliance with the relevant safety regulations must be provided to the authorities. The fire engineers at Basler & Hofmann therefore created a series of comprehensive, computer-aided smoke extraction and evacuation simulations for this project, which formed the basis for risk assessment and planning. The smoke extraction simulation, for example, revealed that the smoke extraction system in the great hall did not need to be as powerful as specified in the regulations. Since the hall has a very high ceiling, a smoke layer develops far above the balcony, which gives the people sitting there sufficient time to escape.

When planning the individual fire engineering measures, the focus was firmly on preserving the buildings’ unique architecture. One example is the integration of the smoke extraction system in the great hall of the Tonhalle. To preserve the spectacular ceiling and its acoustic function as a sound absorber, the team used existing openings for smoke extraction and equipped the smoke extraction ducts with sound-absorbent elements. Integral tests using the patented Izar hot-smoke system developed by Basler & Hofmann proved that the measures taken comply with the current safety standards. Visitors to the Convention Center and Tonhalle can simply sit back, relax and enjoy the performance. 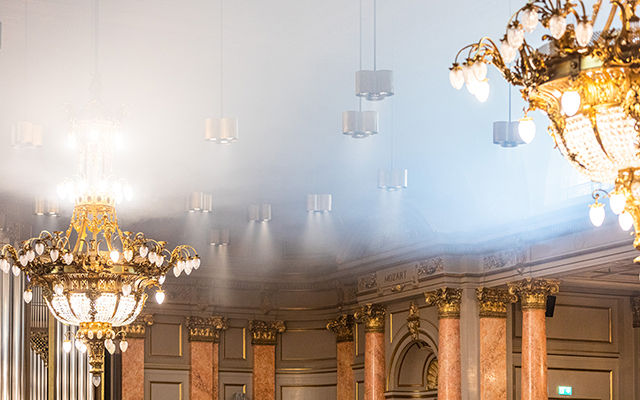 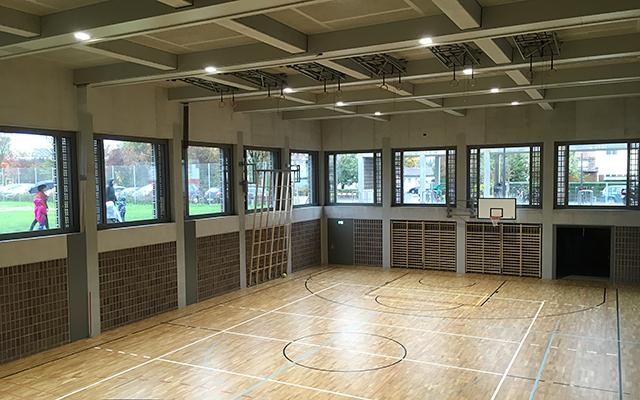 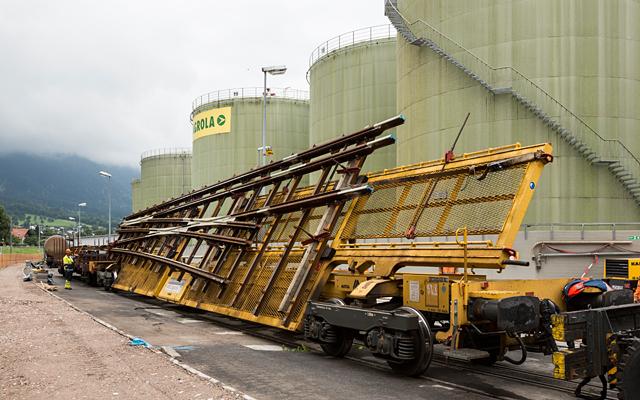 Landquart fuel depot: renovation, conversion and expansion
Back to overview
Customize your experience