New Police Headquarters and Justice Centre for the Canton of Zurich

On the site of the former freight depot in Zurich-Aussersihl-Hard an exceptional building is shooting up: the new police headquarters and justice centre for the canton of Zurich. From 2021, this will be the new shared home for the cantonal police, the law enforcement authorities and the police and justice prison. Basler & Hofmann has been involved in the planning of the project since 2006. The go-ahead for the construction work was given in 2017.

Offices, space for high explosives and a sports hall all in one building

The building, which is 280 metres long and 115 metres wide, will bring together units of the police and justice department that are currently spread over 30 different sites across the city of Zurich. Alongside 2030 jobs and a prison wing with 280 spaces, it will include (among other things) an operations centre, laboratory rooms for forensics, storage rooms for explosive goods, a sports hall, an underground shooting range, training rooms for the police school, a filling station, an underground car park for emergency vehicles and a heliport.

One of the biggest column caps in Switzerland

Because the building has so many different rooms that vary in size and are used for different purposes, the supporting structure is also unusual. Particularly the first basement level was a real planning challenge: in the future, semi-trailer trucks for supply and disposal, cantonal police coaches and emergency or special vehicles will all manoeuvre here. On account of the large space requirements, it was necessary for just a few supports columns to carry the full load of the ceiling and the storeys above. To make this possible, a 3x3 metre column cap weighing twelve tons was lifted onto a support column in a carefully choreographed procedure – one of the biggest of its type in the whole of Switzerland. 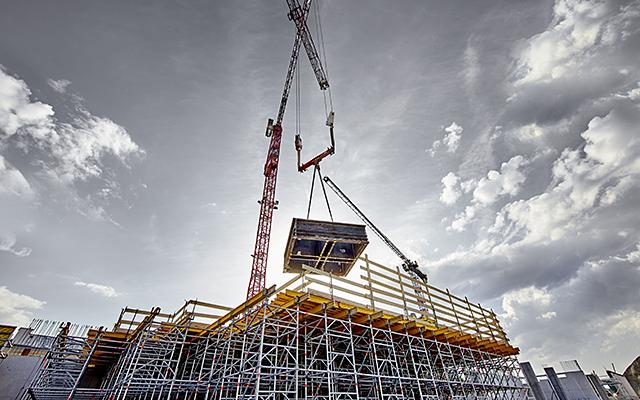 Preparation of the excavation and load-bearing structures from concept to implementation. Processing of all development routes/paths/installations within a general planning team from pre-project to commissioning. Preparation of a construction logistics concept. Surveying and traffic planning. Environmental construction supervision. Operational environmental protection. Coordination with municipal and cantonal authorities as well as involved third parties. A new cross connection for the Schoren tunnel: tendering based directly on the model
Back to overview
Customize your experience