For the people of Dielsdorf, 30 May 2018 is a date they will long remember for all the wrong reasons. On this day, heavy thunderstorms ended up causing major damage, which ran into millions of Euros. But the local council decided to take swift action, and in the space of just three years significant measures have now been put in place to improve flood defences and to protect against surface runoff. Because the work needed to be carried out in a densely populated area, this also meant that unconventional solutions were called for.

Flooded apartments, submerged roads and destroyed crops: on 30 May 2018 more than 80 litres of rainfall per square metre was recorded within the space of just one hour. This is around 8 times more than normal heavy rain. Overflowing streams and rising levels of surface water flooded large parts of the village. The experts for flood protection at Basler & Hofmann carried out an in-depth analysis of the event. Traces of the flooding were recorded, and the flow path of the water was simulated with 2D modelling, reconstructed and matched against the map of natural hazards. In addition, the existing measures for managing and carrying away surface water runoff were reviewed. On the basis of this analysis, a number of weak points were identified that needed to be resolved quickly in order to protect the village and its population. In just three years, ten of the total of eleven subprojects have now been completed in close cooperation with the local engineering firm Müller Ingenieure AG, which was responsible for the tendering and construction management. One aspect that was particularly challenging is the lack of space in the densely built-up residential area.

Measures were needed in various streams in the village in order to improve flood defences. In the process, the goal was also to upgrade the waters from an environmental point of view, i.e. to revitalise them and improve accessibility. The stream beds were too small and too narrow at various points. Since there is only very little free space in the residential area and some of the streams have steep gradients, it was not easy to widen the channels. To solve this issue, specialists from Basler & Hofmann drew up plans for so-called step-pool systems and rock-lined bed streams for the Hinterdorfbach, Meralterbach and Früeblibach streams. While a step-pool system features alternating beds and steps, a rock-lined bed stream is lined across its full width with large rocks, leaving smaller and larger gaps in the process. This makes it possible to reduce the flowing speed of the water even on short, steep sections without compromising the ability of fish to migrate upstream.

In order to improve flood defences, it was also necessary to replace a number of different culverts underneath roads and rail tracks. To ensure that traffic disruption was kept to a minimum, among other things a trenchless construction method with pipe jacking was employed.

Two of the total of eleven subprojects were aimed at improving surface water runoff. Around Südstrasse road, existing earth dams were reinforced and raised along a length of 350 metres. To ensure that they do not erode in the future as a result of intensive utilisation, an agricultural buffer zone of around ten metres was defined. In addition, plans were also drawn up for three new inlet structures, along with changes to the terrain and roads. 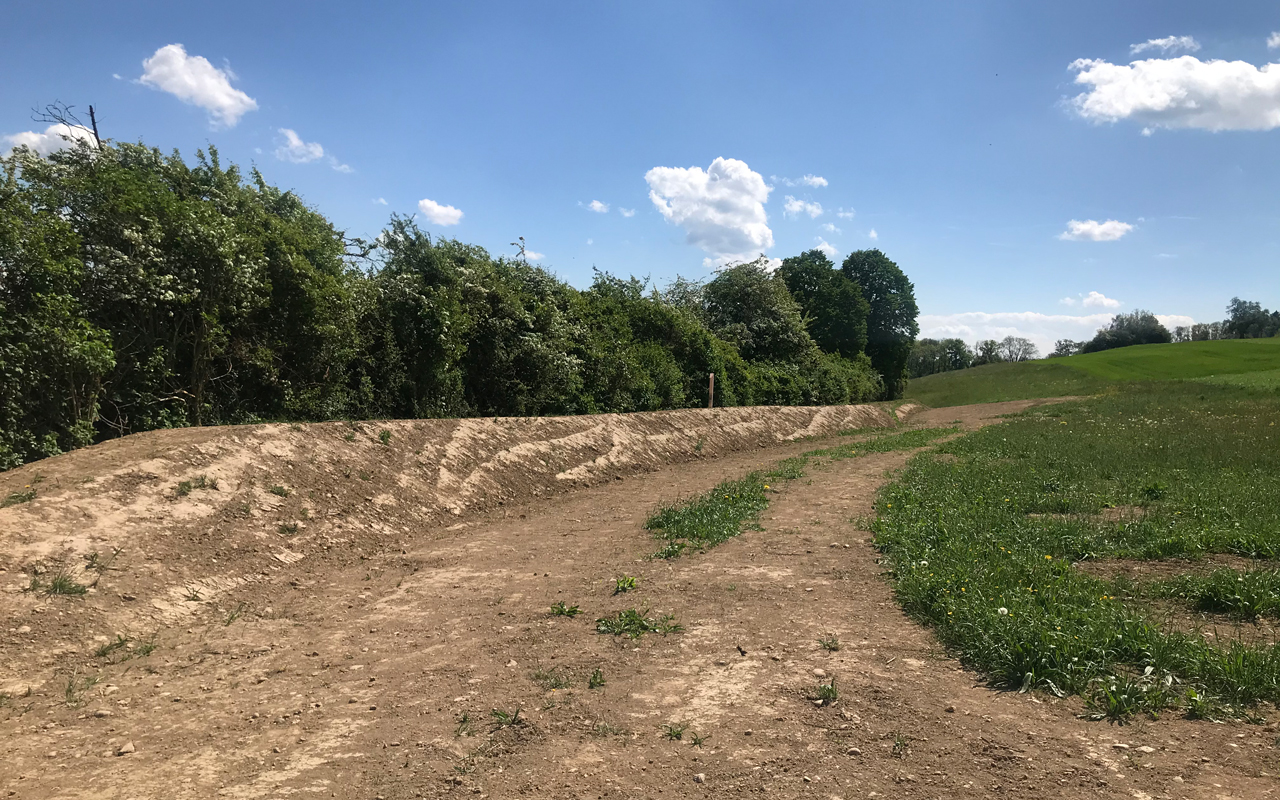 “Zukunft Bahnhof Bern”: building a station fit for the future with a new passenger underpass and a new underground station
Back to overview
Customize your experience