The Swiss company Reishauer is the world’s leading manufacturer of generating gear grinder machines. So that it is equipped for future production requirements, the company is constructing a new industrial building in three phases at its headquarters in Wallisellen. The project requires a high level of understanding of the production processes from everyone involved. A precisely timed schedule will ensure that there will be no interruptions to production while building work is underway.

Reishauer’s headquarters in Wallisellen near Zurich is the hub of all the company’s activities. This is where the management is based, where research and development are carried out, and also where machines are built and sold all over the world. As part of the “New Building 2020” project, Reishauer is renewing and expanding its headquarters. Between now and 2027, a new production hall, a new office wing and a new assembly hall is being built in three successive construction phases. In their final state, the three building sections will appear as a single large building complex with a glass facade. Basler & Hofmann and its numerous areas of expertise are involved in this major project. A key requirement of the client: production must not be interrupted during the construction period.

A new home for extremely heavy racks and machines

The first phase of this construction project began in 2020. In just 12 months, a 100-metre-long, four-storey production hall with an underground parking garage was built on the former car park. This phase presented the Basler & Hofmann project team with several challenges: firstly, the building site had poor load-bearing capacity and as the heavy production machines required a considerable amount of settlement, the building was founded using a combined pile and slab foundation. The structural engineering had to take into account extra high floors of up to 15 metres as well as the extreme live loads of machines, crane runways and high-bay warehouses. With live loads of 2,000 kg/m2 to 6,000 kg/m2 in the area of the high-bay warehouse, these are 10 to 30 times as heavy as those in a residential building. A separate foundation was planned for a high-precision machine on the ground floor, which will decouple it from the rest of the building in terms of vibration during operation. The planning of the process media compressed air, process cooling and cooling oil was also particularly demanding. To ensure that the machine layout could be adapted in the future, it was necessary to develop solutions for maximum flexibility, such as the standardisation of media stubs or the preparation of media outlets. The bare brickwork was finished in 2021, and the production hall should be finished in 2022.

The innovative technology company was open to the idea of planning with digital technologies right from the start. Basler & Hofmann planned the entire supporting structure and process media with building information modelling (BIM). Thanks to efficient workflows, the planning team is able to provide the contractors with 2D plans of the modelled formwork virtually at the touch of a button. 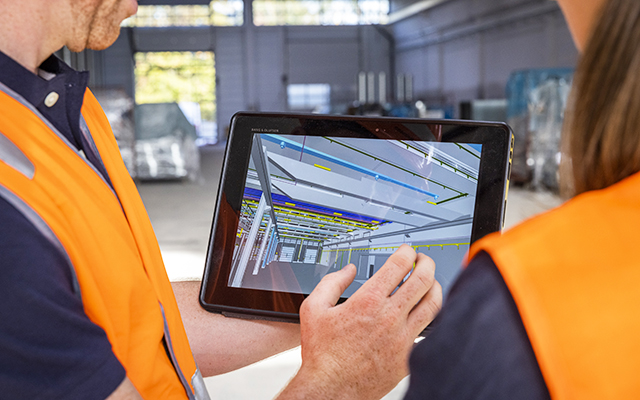 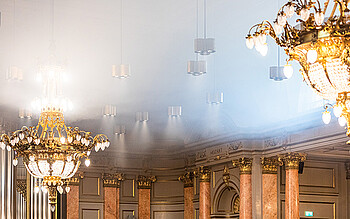 Expert interplay of building conservation and fire engineering: Zurich Convention Center and Tonhalle Zürich
Back to overview
Customize your experience