The Rhaetian Railway is renowned for its historic rail network and numerous engineering structures. These include some 115 tunnels, the majority of which are over 100 years old and in need of restoration – an ambitious large-scale project for the coming decades. A standardised construction method was developed so the work could be carried out as efficiently as possible, and was used for the first time on the Glatscheras Tunnel near Bergün. As part of the Albula Line, the 334-metre-long Glatscheras Tunnel is a UNESCO World Heritage Site.

Aiming for the state-of-the-art in safety

The Glatscheras Tunnel was blasted through slate rock in just 144 days in 1903, and opened in January 1904. Later, the tunnel beared signs of damage that are typical of many historic tunnels. Water was penetrating through the roof, the brickwork was damaged, the side walls were bulging at certain points, and the tunnel floor has softened or risen due to frost shattering in some places. At the same time, many of today’s technical requirements were no longer met, such as a clearance profile with sufficient space for windows and doors, or space for escape and side routes. All of this was to be resolved as part of the renovation work.

The demands of a World Heritage Site

The tunnel was being thoroughly renovated using the standardised tunnel construction method to be applied to all maintenance work on the Rhaetian Railway. The clearance profile was being enlarged, the tunnel lined completely with precast concrete, and a concrete floor and a drainage system were installed. The portals were also being renewed. The structures in particular were required to meet the demands imposed by UNESCO on a World Heritage Site: for example, the ratio between the height and the width must be maintained. The portals were being enlarged slightly, but the brickwork was being recreated to match the originals, primarily using stones from the two original portal structures and the old tunnel lining.

All without interrupting operations

Rail services needed to be maintained throughout the construction period – a particularly challenging requirement on a single-track line. Most of the renovation work was taking place during the maximum 9-hour overnight break in operations. Blasting was being used to enlarge the profile, section by section. The transition area between the enlarged tunnel and the existing one had to be secured for rail operations the following day to prevent stones from falling out of the old stone masonry. A mobile, tunnel-shaped structure was used to protect the trains.

Over the coming decades, some 70 historic tunnels will be renovated using this method and prepared for another 70 to 100 years of use. 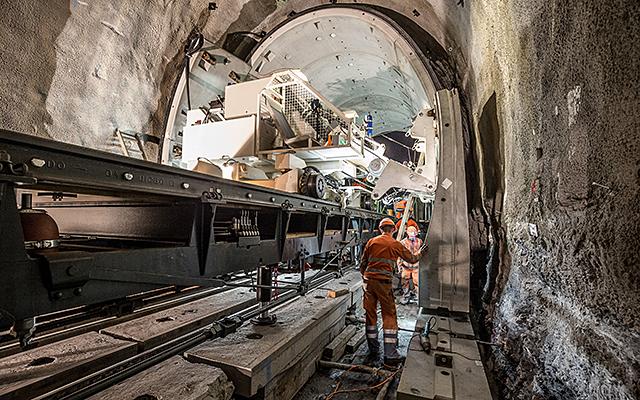 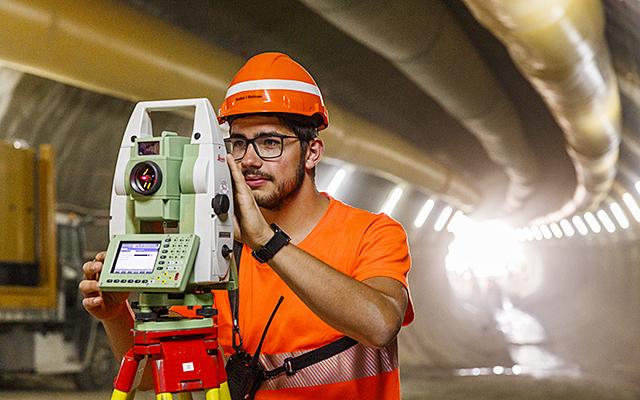 Gubrist tunnel: Easing the pressure at a bottleneck
Back to overview
Customize your experience