Switzerland’s second largest station is being made fit for the future with extensive expansion work. Without interrupting ongoing train services and working under incredibly tight space restrictions, the station's passenger areas and public facilities will be expanded and a completely new station will be built underground for regional trains between Bern and Solothurn.

The expansion of Bern railway station will be implemented in two major projects that will run concurrently. SBB is expanding the existing passenger areas and public facilities with a new underpass and two new entrances to the station. A new underground station is being built for the regional train service between Bern and Solothurn (RBS) underneath the existing tracks 2 to 7, consisting of two tunnels each with two tracks and one centre platform. The construction work for both projects started in 2017 and will be completed in 2030. Commissioning is expected in 2027.

Part of the tunnels for the new RBS station will be excavated directly underneath the PostParc commercial and office building – a former postal building. The foundations of the building include existing platform supports and concrete-filled former postal lift shafts. The tunnels of the future RBS underground railway station run just a short distance underneath these foundations. To prevent any subsidence of the building as a result of the excavations, the experts at Basler & Hofmann have planned two pre-loaded supporting horizontal members, which will be supported by deep micro piles. With the aid of these, the building load can be transmitted into the ground underneath the future tunnels. The construction work for the two supporting horizontal members will take from August 2017 until approximately the end of 2020.

Access shaft at the edge of the track field

Preparation work for excavation of the new RBS station is taking place simultaneously in several locations: while on one side the supports for the PostParc are being built, an access shaft has been excavated at the western end of the station from the Laupenstrasse road. From here, the access tunnel for construction of the two underground tunnels will be constructed in 2020. For construction of the access tunnel, the loose underground will be stabilised by icing using the so-called freezing method.

Gubrist tunnel: Easing the pressure at a bottleneck 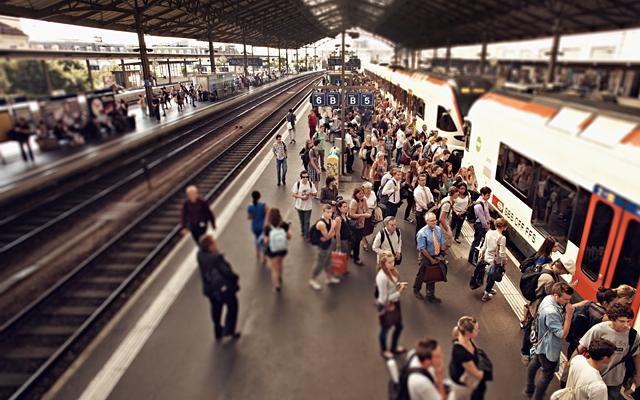